Tiny Football Car made its last appearance on Sunday at the final of the UEFA EURO 2020 tournament. Fans went wild for a final glimpse of Tiny, as he drove the match ball onto the pitch for the last time.

Tiny proudly wore rainbow colours in support of #WeDriveDiversity, matching the perimeter advertising around the pitch, and emphasising Volkswagen's values to promote respect and inclusivity.

The tiny Volkswagen ID.4 went viral on the opening day of the tournament when it transported the ball out towards the centre circle.

It was one of the biggest trending topics on social media, with users creating hilarious memes and other brands getting involved in the buzz around the pint-sized electric vehicle.

The car has had lots of engagement from fans of all teams, showing football really can bring people together.

Check out the video below to see Tiny in action.

What's next? We don't know, but we'll be following Tiny on its Twitter account to keep up-to-date with its latest news. 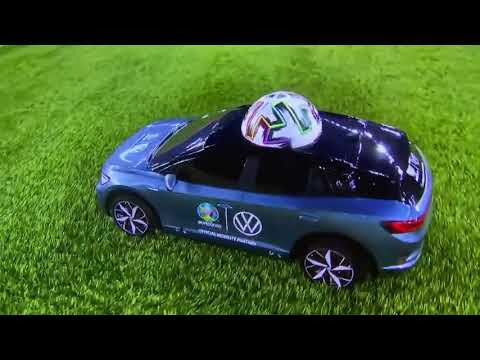